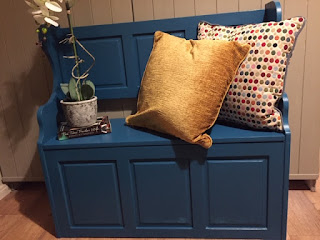 I set up an Instagram account a few  years ago and promptly forgot about it until some months ago and began browsing and got hooked enough to start posting, mainly about gardening.  I noticed some DIY crafting posts and began following them as I had always knit/sewed/made and done etc as many of my generation did because we had to , to look after a family and make ends meet. It was immediately very clear this new generation of crafters enjoyed the creativity and colour in each DIY project they did My monks bench was vintage white with a pale grey stencil, after looking at the colour and style of Joanne Mooney whose blog and instagram  account A PROUD HOME has won followers and awards I stepped outside my comfort zone and went for Petrol in Colortrend paint and some mad colours in cushions  of the plain greys I had originally intended!                                           Another award winning Blogger is Catherine Colton better known as Dainty Dress Diaries, Catherine had m
33 comments
Read more 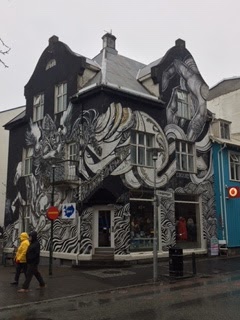 The Northern Lights/ Aurora Boreallis were on my bucket list for a while and I decided this was my year to tick them off, especially since Icelander Icelandair are offering very good rates to fly from Dublin to Reykjavik.  The photos are uploaded in no particular order, it was cold so layers of clothes and waterproof walking boots were in order! I had booked my flights back in May, booked my B&B through Booking.com, prices in Iceland are more expensive than at home or most places I would think!  I had also booked an evening tour to see the Northern Lights on the Sat night, pick up at 9 pm from the BSI bus Station which as luck would have it was only about 7 mins walk from my B&B also very handy getting from and to the airport.  Reykjavik is a colorful city, brightly painted homes, most of which are of this corrugated exterior presumably for insulation? Heating, all of their hot water and electricity are supplied from Geothermal springs, which are harnessed for the benef
10 comments
Read more

Birthday Musings from the Great Wall of China, the Camino and the Northern Lights 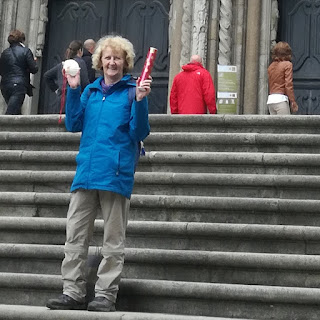 So another birthday reached, maybe not regarded  as a milestone  one but, every year is a milestone now as they seem to come around quicker and quicker!                                                   I began thinking of a bucket list a few years ago, having been lucky enough to have travelled a bit I had seen a few places,such as Venice and New York where we visited ground Zero which at that point was still a hole in the ground, the Statue of Liberty and Ellis Island.  One evening I opened FaceBook and there was an advert for trekking the Great Wall of China, something which I had always found fascinating from the time I could read about it, so I signed up, began training and duly set off with an organised group called Earths Edge on my birthday 2 years ago to undertake the adventure of a lifetime Earlier this year I set off on another undertaking, walking the Camino in northern Spain, photo, I am standing on the steps of the cathedral de Santiago with my certificates and my pil
5 comments
Read more 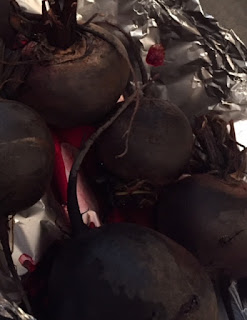 I don't grow Beetroot anymore as I no longer have the space to do so but, I would buy fresh at a Farmer's Market or where I know its local and organic. Saturday was one of those days I saw a bunch of Beetroot and decided I would pickle some. We are currently having a heatwave with near drought conditions and water rationing, YES, in Ireland!  Vegetables are in short supply and may even get scarce unless we get rain. Potatoes have failed in some places due to lack of rain at a very crucial period in their growth. Anyway, back to my Beetroot. I have been doing a very short term pickle recently, just roasting the beets, slicing them into jars, pouring in red wine vinegar, and keep in the fridge for a week or two.  This time, to make store cupboard pickle I Googled for a simple ,quick recipe which I found. I think its from a Blog so if anyone reading this thinks it looks familiar or knows the Blogger please credit in the comments and I will add as I screenshot it and now ca
2 comments
Read more 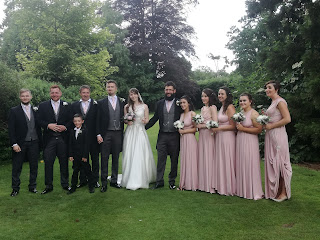 A much anticipated family occasion took place recently, the wedding of my grandson Stephen to Hayley in the UK, almost the entire family decamped to Kenilworth for a few days of laughter and merriment.  The sun shone on the wedding party for the whole day, which was wonderful as it was all planned outdoors in the hotel gardens! Stephen and Hayley are the proud parents of my great grand daughter Aoibhin, a thoroughly mischevious, adorable funny little Miss  here she is twirling the train of her Mom's dress around her, literally running rings around her. It was a beautiful family weekend as both families were staying in the hotel together and we got to know each other and have some great memories of a wonderful weekend. We had time to tour the locality over the few days and Kenilworth is an old English town steeped in history. Thatched cottages,and typical English  cottage gardens were photographed and enjoyed.  Kenilworth Castle is an amazing ruin, it is closel
2 comments
Read more 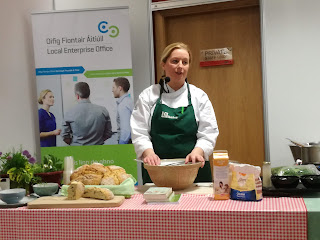 Well, post number 2, if I get one post up per week it would get things moving  with some continuity once again. The annual Mallow Homes and Gardens show took place last weekend which I attended with two of my grandchildren Jack & Heidi. the weather was a little unkind and some of the time we spent indoors was at the Taste of North Cork. these are a group of artisan producers who showed on the day but I was quite taken by Nibbles Food Emporium, award winning bakery based in Millstreet, Co Cork.  The Gardners Green soup with Bluebell falls goats Cheese crostini was intriguing, Chef Eleanor Leahy runs the business, is quite interested in foraging and using natural ingredients in her restaurant. The thing that struck me about the ingredients for this soup is, the greens are free and widely available  if picked at the right time,when young and tender. We often mention the Hungry gap, that lean time between the end of last years crops and the beginning of the new seasons, this is pr
12 comments
Read more
More posts

Peggy
A mother, grandmother,great grand mother.I Have always loved gardening, growing vegetables organically on allotments, now downsized to growing at home in various bags and containers as I'm growing for one . Its a different lifestyle as we live our mature years so the blog will now be more organic as I travel, and begin working on my bucket List !

I do appreciate the awards received by my blog but due to time constraints I will have to opt out of future involvement.